Cinema Eye was founded in 2007 on three ideals: creating events to support and build a sense of community amongst those who make documentary films; recognizing the entire creative team of craftspersons that create these films; and recognizing excellence, innovation and boldness in the artistry of nonfiction filmmaking.

The Cinema Eye Honors recognize feature and short-length films and series with an emphasis on nonfiction work that is designed for public distribution, whether primarily theatrical, festival, broadcast or streaming. Cinema Eye seeks to encourage audiences to engage with nonfiction work that crosses all genres, whether observational, journalistic, activist, essayistic, light-hearted or provocative as well as those exciting works that blur the lines between nonfiction and fiction.  Since its founding, Cinema Eye has sought to change the conversation that film critics, festivals and awards bodies have surrounding documentary film, shifting the emphasis from importance of topic to artistic craft.

The Honors Awards Ceremony is the culmination of Cinema Eye Weekend, a multi-day, multi-city celebration that acknowledges the best work in nonfiction film through screenings and events.  The final days of Cinema Eye Weekend take place in New York City, where a series of events bring together many of the year’s most accomplished filmmakers.

Cinema Eye is led by a core team of filmmakers and programmers who are committed to the organization’s mission.

The inaugural Cinema Eye Honors were held at New York City’s IFC Center on March 17, 2008.  Jason Kohn’s MANDA BALA (SEND A BULLET) received three awards that evening, including Outstanding Achievement in Nonfiction Feature Filmmaking.  Alex Gibney followed up his Oscar win for TAXI TO THE DARK SIDE with the Cinema Eye for Outstanding Achievement in Direction. Gibney also served as a presenter at the event, along with filmmakers Barbara Kopple, Joe Berlinger & Bruce Sinofsky, Sam Pollard, Alan Berliner and Ross Kauffman.

After two years of establishing the Awards Ceremony, Cinema Eye began an evolution in its third year that dramatically transformed the organization and created the bones of the Cinema Eye Honors that exists today.  The Awards Ceremony moved from March to January and to the newly-remodeled Museum of the Moving Image in Astoria, NY; awards were added for Nonfiction Short, a Spotlight Award for films that have yet to receive proper attention, the Heterodox Award for narrative films and the Legacy Award for the films that inspired today’s filmmakers.  With the help of our longtime sponsors at the Camden International Film Festival (and others), Cinema Eye became a multi-day event celebrating the nonfiction community as well the year’s creative and artistic achievements.

The third edition of Cinema Eye was held on January 15, 2010.  Louie Psihoyos’ THE COVE received the top award for Outstanding Feature and Agnes Varda was presented with the Outstanding Directing Award for THE BEACHES OF AGNES.  The Spotlight Award was presented for the first time (it went to Jessica Oreck’s BEETLE QUEEN CONQUERS TOKYO) and Cinema Eye presented its first Legacy Award to Ross McElwee for SHERMAN’S MARCH.  McElwee also served as a presenter at the event, along with filmmakers Peter Davis, Barbara Kopple, Albert Maysles, Bill Plympton and Ellen Kuras.

That award went to Matt Porterfield’s PUTTY HILL.  Previous Cinema Eye winners James Marsh and Louie Psihoyos were among the presenters, along with Morgan Spurlock, They Might Be Giants’ John Flansburgh and actor/filmmaker Harry Shearer.

In 2012, the 5th edition of Cinema Eye took place on January 11, with Steve James and Alex Kotlowitz’ THE INTERRUPTERS receiving the top two awards, Outstanding Nonfiction Feature and Outstanding Direction.  It was the first time in Cinema Eye history that one film had won both awards. Frederick Wiseman accepted the Legacy Award on behalf of his debut film, TITICUT FOLLIES, and Joe Berlinger and Bruce Sinofsky received the first ever Hell Yeah Prize for their PARADISE LOST series of films, which inspired a groundswell of public outrage over the case of the West Memphis Three.  Presenters at the 5th annual event included Michael Moore, Alex Gibney, Peter Davis, Andrea Meditch, Josh Fox, Nanette Burstein and Robert Krulwich.

In 2014, Cinema Eye returned to the Museum of the Moving Image on January 8, following several days of film screenings in Toronto, Los Angeles and New York as well as a number of events that honored the work of that year’s nominees.  Joshua Oppenheimer and Signe Byrge Sørensen’s THE ACT OF KILLING was named Outstanding Feature Film and Outstanding Production. Sarah Polley received the award for Outstanding Direction for STORIES WE TELL, while Zachary Heinzerling’s CUTIE AND THE BOXER picked up three awards, including Outstanding Debut. Cinema Eye introduced an award for Nonfiction Filmmaking for Television, which went to Lucy Walker’s THE CRASH REEL. The Legacy Award was presented to Barbara Kopple for HARLAN COUNTY, USA, while the 2nd Hell Yeah Prize was given to Josh Fox for his GASLAND films.  Presenters included Michael Moore, Jehane Noujaim and Chris Hegedus, Jennifer Fox, Heidi Ewing and Rachel Grady, Thelma Schooonmaker and Steve James.

2016 saw Cinema Eye returning to the Museum of the Moving Image for the fifth straight year. Joshua Oppenheimer and Signe Byrge Sørensen became the first filmmakers to win a second Cinema Eye Honor for Outstanding Feature, following up their 2014 honor for THE ACT OF KILLING with the award for THE LOOK OF SILENCE. The film also received awards for Direction for Oppenheimer and Production for Sørensen, her second. Chris King won his third Cinema Eye Honor for Editing, following up wins for EXIT THROUGH THE GIFT SHOP and SENNA with this year’s award for his work on AMY. There was a tie for Cinematography honors between CARTEL LAND’s Matt Heineman and Matt Porwoll and MERU’s Jimmy Chin and Renan Ozturk. Laurie Anderson won the Original Score prize for HEART OF A DOG; Crystal Moselle received Outstanding Debut for THE WOLFPACK. The Legacy Award went to Chris Smith’s AMERICAN MOVIE. Filmmaker Steve James hosted the show and presenters included Alex Gibney, Liz Garbus, DA Pennebaker & Chris Hegedus, Martha Shane & Lana Wilson.

Cinema Eye celebrated its 10th year by announcing 20 films and 10 filmmakers that had defined the first decade, with many of those films screened at the Museum of the Moving Image in a lead-up to the tenth annual Honors. Kirsten Johnson’s CAMERAPERSON won the award for Outstanding Feature, as well as for Cinematography and Editing (the second time Nels Bangerter had won the latter award). Ezra Edelman’s OJ: MADE IN AMERICA picked up the Direction and Production awards. Outstanding Debut went to Nanfu Wang for HOOLIGAN SPARROW and Clay Tweel took home the Audience Choice Prize for GLEASON. At the Honors Lunch, the Legacy Award was presented to Rob Epstein for THE TIMES OF HARVEY MILK and the Heterodox Award went to Michal Marczak’s ALL THESE SLEEPLESS NIGHTS. Steve James returned to host the show for a second straight year, with presenters including Chris Hegedus, Joe Berlinger, Amy Berg and MAN ON WIRE subject Philippe Petit.

After a postponement due to a surge in the Omicron variant, the 15th Annual Cinema Eye Honors were held in person at the Museum of the Moving Image on March 1, 2022. Top honors for Nonfiction Filmmaking went to Jonas Poher Rasmussen’s FLEE. This marked the third time producer Signe Byrge Sørensen won this award, having previously won for both THE ACT OF KILLING and THE LOOKING OF SILENCE. Jessica Kingdon’s ASCENSION won three awards for Outstanding Debut, Cinematography and Score. The Legacy Award went to Cheryl Dunye’s THE WATERMELON WOMAN. Two new awards were presented: Outstanding Achievement in Sound Design went to Leslie Shatz & Jahn Sood for THE VELVET UNDERGROUND and Outstanding Anthology Series went to Martin Scorsese and Fran Lebowitz’s PRETEND IT’S A CITY. Presenters included Callie Crossley, Marshall Curry, Carol Dysinger, Liz Garbus, Steve James, Barbara Kopple, Penny Lane and Nanfu Wang. Category nominees were announced on video by Cinema Eye winners and honorees from the first 14 years of Cinema Eye.

How do films become eligible for Cinema Eye?

A full list of our rules and procedures, including film eligibility, can be found on our Rules Page.

Who is responsible for confirming Cinema Eye eligibility?

While the Cinema Eye team makes every effort to track festival screenings and theatrical receipts, it’s the responsibility of the filmmaker to make sure that Cinema Eye is aware of a film’s eligibility.  The deadline for Cinema Eye eligibility for feature films is usually at the end of August. Deadlines for television entries will be in the spring. If you have questions, you can email contactATcinemaeyehonorsDOTcom.

Who nominates films for Cinema Eye?

Once there are nominees, who votes for the actual awards?

More than 800 people comprise Cinema Eye’s voting membership and typically approximately 200-300 of those members cast their votes in a given year.  Invitations to vote are sent to the following individuals:

We encourage voters to view all of the nominated films in a given category before voting for a winner in a particular category.  To help voters view films, we ask filmmakers and distributors to supply password-protected links to allow voters to watch films online.

Some Cinema Eye categories are decided by juries.  In 2018, these include the awards the Spotlight Award and the Heterodox Award.

Is the Cinema Eye leadership team involved in nominating films for the Honors?

If you still have questions, please send us an email and we will do our best to answer them.

Kindly spread the word: We remain on alert, closely observing, and our colleagues will never be alone.
#icfr #iran #filmmakersatrisk Support Iranian Filmmakers Mina Keshavarz and Firouzeh Khosravani - The International Coalition for Filmmakers at Risk (ICFR) remains extremely disturbed by continued reports of arrests of filmmakers in Iran and demands an end to a growing environment of fear and insecurity in which filmmakers live and work.

Our 2023 Broadcast Film and Series submission forms are now open. Send us your work by Friday, May 27! 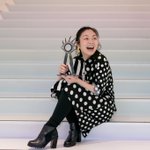